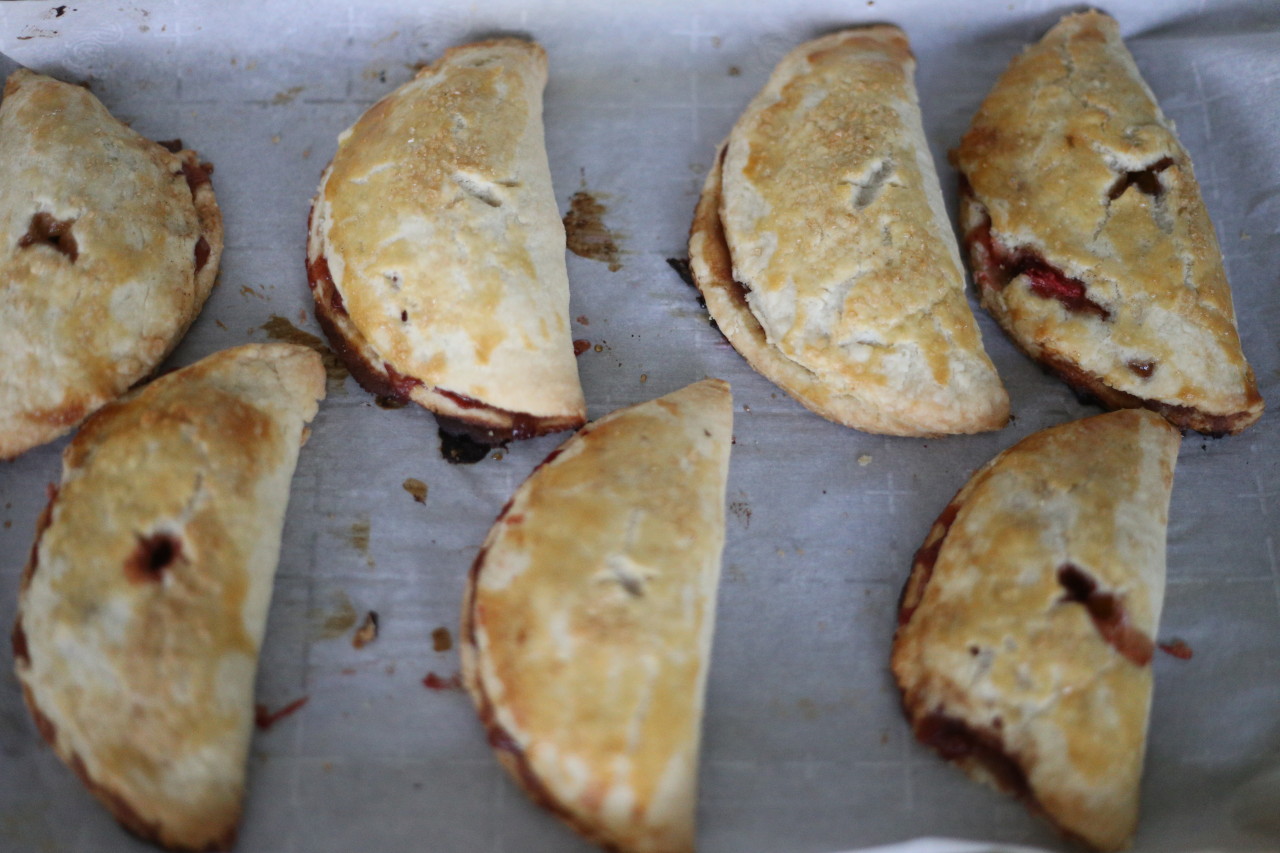 The hand pie is such a perfect invention. Portable, easily to bring to a picnic, and you can safely wrap them up and give them to your friends without worrying about also giving them COVID! I’ve made these for a couple of physically distanced park hangs and they’re a hit.

Good pastry crust can be tricky to make, especially in an un-airconditioned apartment in the summer. You want the fat you’re using to be cold, right up until you put the pies in the oven, so that when it’s baking it creates steam, which makes a pastry flaky. You can use butter here, or vegan butter like Earth Balance. I tried to use chilled coconut oil but it melted too fast in my hot kitchen – maybe it’s better for fall and winter pies. This pastry is really nice to work with though, it rolls out well and doesn’t break when you’re trying to fold the pies.

Directions
To make the dough, combine flour, sugar, and salt in a large bowl. Cut in butter cubes and mix using your hands until the butter is about the size of peas. Whisk together milk and egg, and fold into dough, just until everything is combined. Pat into a circle, wrap and chill for at least an hour, or overnight.

To make the filling, combine fruit with remaining ingredients.

Preheat oven to 400 and line two baking sheets with parchment paper. Roll out dough to about 1/4 inch thick. Cut into large circles (I used an upside down bowl). Add a few spoonfuls on top of each circle of dough, and fold in half. Press edges to seal.

Brush pies with whisked egg and cut a slit into the top of each pie. Bake until crust is golden and filling is bubbly, about 18-20 minutes.