So, Valentine’s Day is this week. I’ve never really been a fan of Valentine’s Day, but I do like the chance to make something that’s chocolatey AND pink. 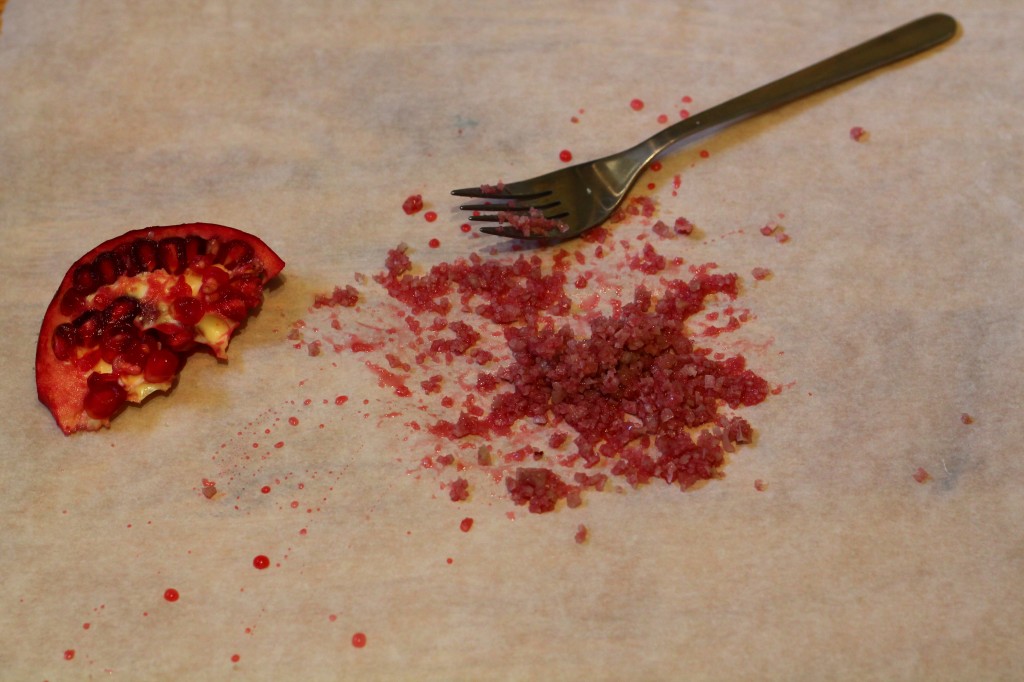 These mini donuts are dark and chocolately, topped with a chocolate glaze, and sprinkled with pomegranate salt. SO FANCY! I can’t take credit for the brilliant pomegranate salt idea – it’s all Izy from Top with Cinnamon. She dredged some flaky salt in pomegranate juice and made the prettiest salt I’ve seen! The salt turns these chocolate donuts into something special. Make them for the special person in your life – whether it’s your significant other, your roommate, your mom, or yourself! 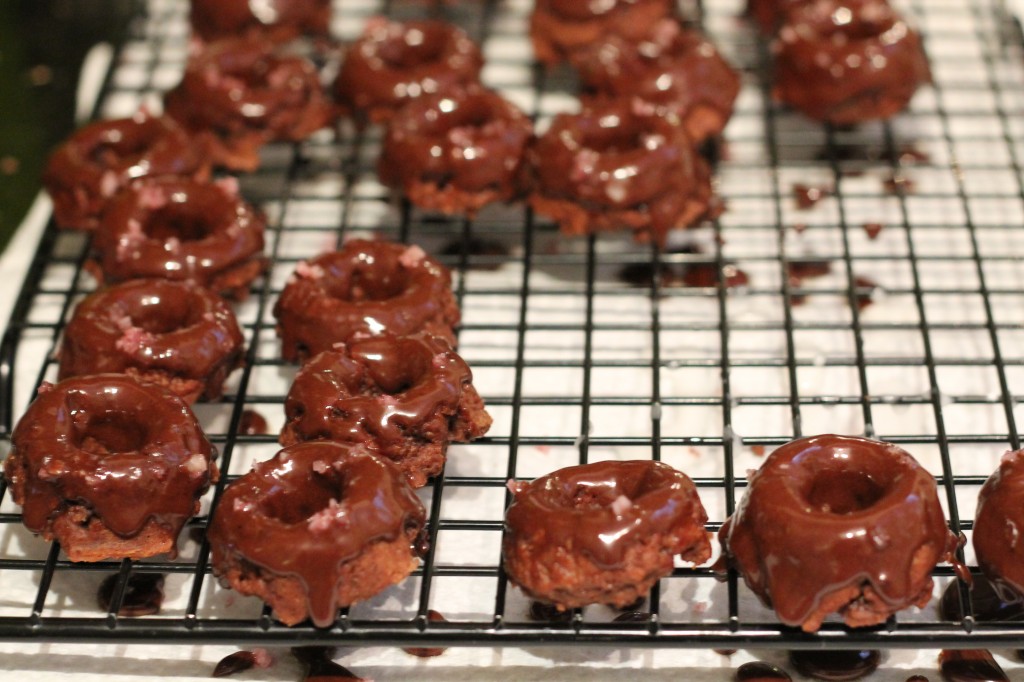 Glaze recipe from Joy the Baker

Pomegranate salt from Top with Cinnamon

1/2 cup buttermilk (you can also use yogurt, but the dough will be a lot thicker, more like muffin batter)

Pomegranate Juice – from cutting a pomegranate, or from squeezing some of the arils (seeds). You can also use store-bought pomegranate juice 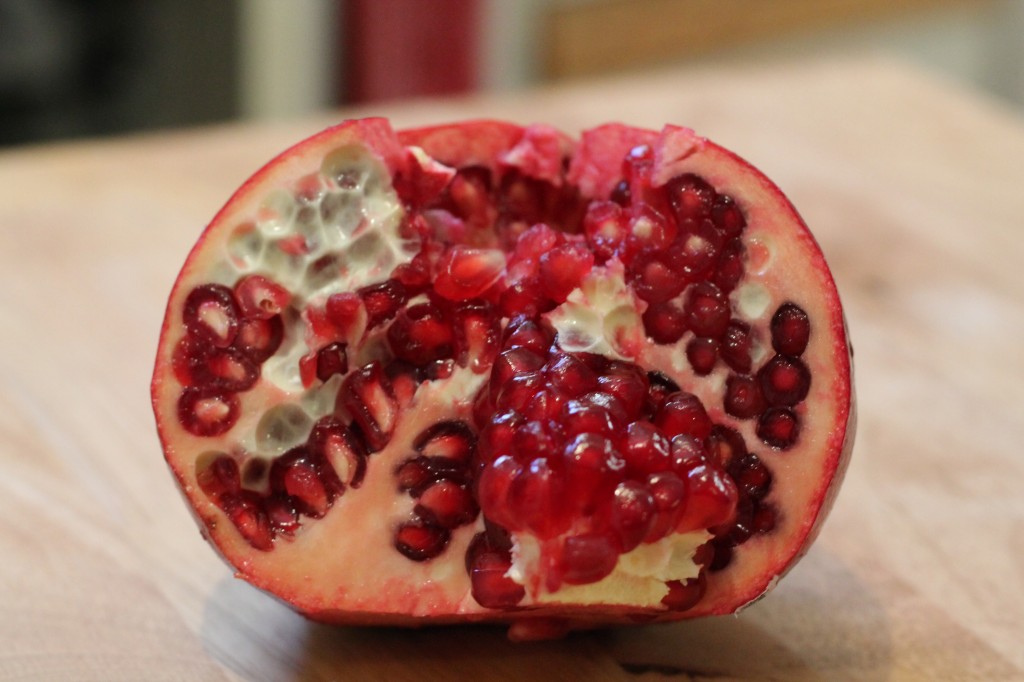 In a large bowl, sift together flour, cocoa powder, baking soda, and salt.

Make glaze: in a small bowl sift icing sugar and cocoa. Slowly stir in milk and vanilla and whisk until smooth.

Make pomegranate salt: Use a spoon or pastry brush to splatter a bit of juice on a sheet of parchment paper. Sprinkle a few spoons of salt over juice and crush together with a fork. Add more salt or juice as necessary. Set aside.

When donuts are cool, dip in glaze and sprinkle very lightly with pomegranate salt. Let sit on cooling rack until glaze has hardened. 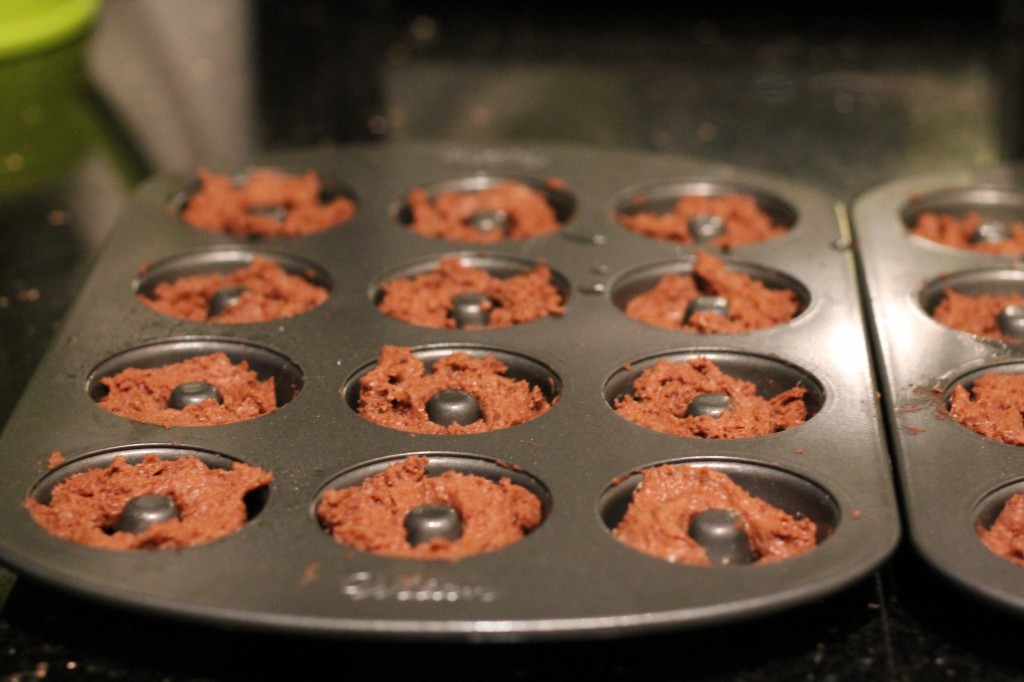 The pomegranate salt on these chocolatey donuts not only makes them look pretty, it also goes so well with the dark, chocolate donut. These are the perfect way to say I love you to your special someone! (Note: I made these for myself. Who loves me more than me?!)